American bulldog vs Pitbull, Which Bully Breed Is Right For You?

From health to temperament and everything in between, we’re diving into the similarities and differences between the American Bulldog and Pitbull, so you can find the bully breed that’s right for you! 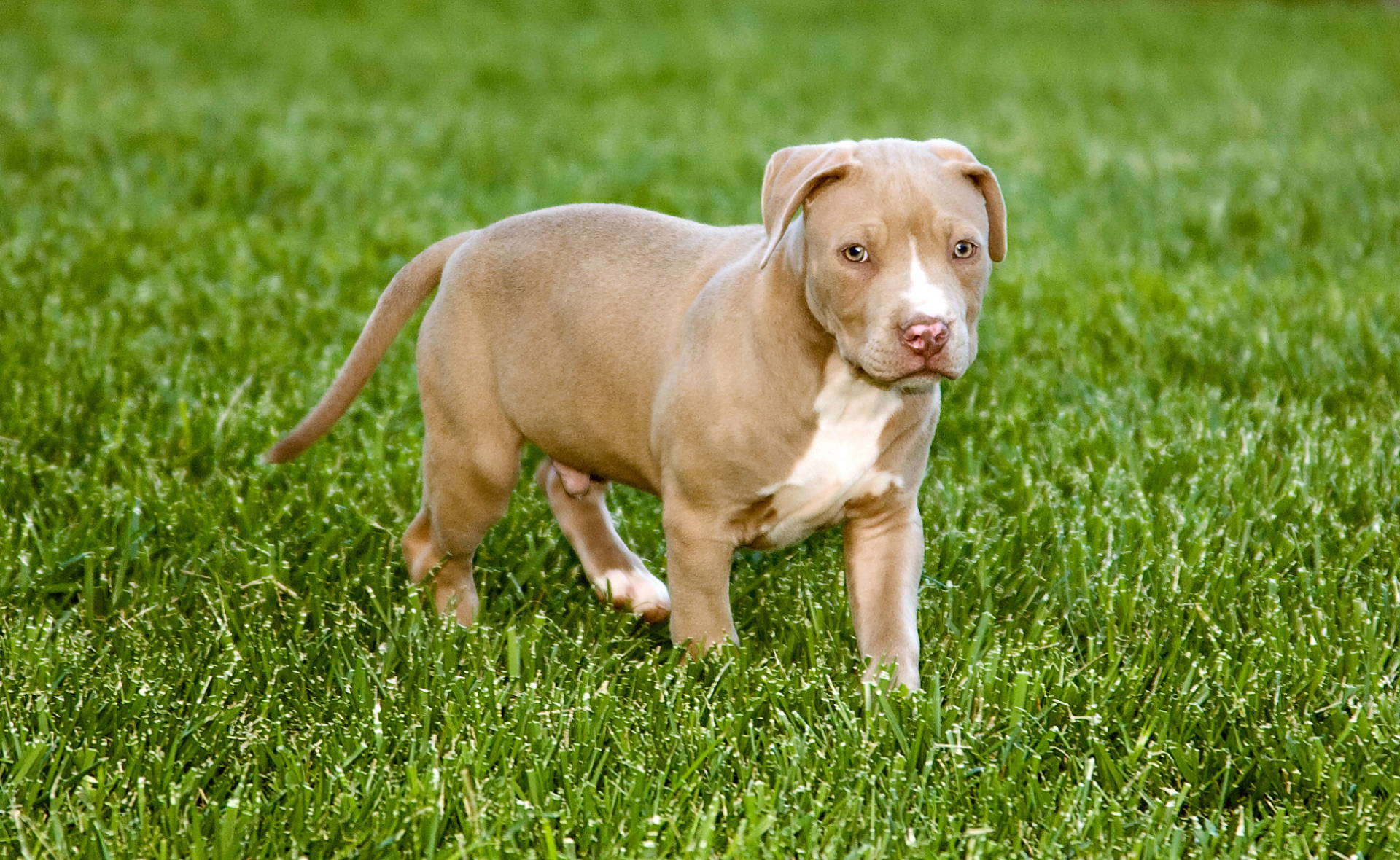 While many dog breeds share certain similarities, few breeds are as often mistaken for one another as the American Bulldog and Pitbull. With similar build, appearance, and features, it’s no surprise that these breeds are often in comparison — but how similar are they, really?

Which Bully Breed Is Right For You?

There are many factors to consider when it comes to finding the right dog for you and your lifestyle. Here are a few essential things to consider and specific topics we’ll be exploring:

They’re the slowest nights (especially when you’re crate training) and the fastest months when you want them to stay tiny a little longer.

Puppies are notoriously known for big bursts of energy and big naps after, so is that what you can expect from American Bulldog and Pitbull puppies? Pretty much, though, of course, there are some specifics to keep in mind.

Both breeds are quite fond of chewing — from the start; you should consider introducing things they can chew on and make sure they know what they cannot chew on! Not only is chewing destructive, it can also be harmful to your pup and leave you with pricey vet bills and a pup with an upset stomach.

Things like boredom and separation anxiety can make destructive behaviors come out, so it’s important to keep your puppy entertained and get them used to their alone time (in a safe, monitored environment) at an early age.

Now, when it comes to finding a puppy of either breed, there are always two routes: looking for a breeder, or searching rescues/animal shelters. When it comes to Pitbulls, especially, if you’re not overly concerned with things like color, or age, looking into shelter options is a great idea.

Not only will the cost of adoption be more affordable than heading to a breeder, you’ll also be doing a massive service to the breed. Adoption fees do range from shelter to shelter, but on the low-end, it could be $150 up to $500 or more. According to Pawesome Advice, 15%–20% of dogs in shelters are Pit Bulls, and a staggering 80% of Pitbulls are euthanized each year because there is “simply not enough space in shelters, and the adoption rate for this breed is significantly lower at only 4%.”

American Bulldogs may not find themselves in shelters quite as often, but it’s still worth a look. From a breeder, an American Bulldog puppy can cost anywhere from $1,000-$1,500 or more. It may surprise you to know that Pitbull puppies in rarer coat colors (like a merle puppy, in this instance) can cost up to $15,000 or more!

Do you research to ensure that if you are looking for a specific breed, coat color, and age, you are finding a reputable breeder with solid breeding ethics and background.

Growing up strong, solid, and maybe a little stout…

As each breed develops into its full-grown size and build, this is where you’ll start to see more of a difference between the American Bulldog and Pitbull.

While often confused for one another, when you compare the two breeds side by side, their differences are much more apparent from their weight and height to their build and even distinct characteristics of their faces.

American Bulldog height and weight vary, and females tend to be smaller than males. According to the American Kennel Club (AKC), males average 22-25 inches in height, while females are smaller at 20-23 inches. Weight-wise, males range from 75-100 lbs, while females are between 60-80 pounds.

On average, Pitbulls are significantly smaller than American Bulldogs, thanks to their build being more stout. According to the United Kennel Club (UKC), a healthy male Pitbull weighs between 35-60 lbs, while a female is in just a slightly lower weight range of 30-50 lbs. Pitbulls at their tallest are barely reaching American Bulldog height at their lowest. Male Pitbulls range from 18-21 inches tall, and females range from 17-20 inches. Hence why they’re considered a more ‘stout’ breed.

Both breeds can develop a particularly muscular build — especially at their shoulders, and often have a broad, pronounced chest.

Beauty is in the eye of the Bully owner

As pet parents, we’re all drawn to different things when it comes time to find the perfect pup to bring home to become a new family member. Whether it’s coat color, face features, you name it; there’s usually something specific that draws a dog lover to a particular dog and knows that it is the one.

So what are the characteristics that bully owners love about their pups? There are so many things, but let’s start with the basic appearances…

Both breeds have a lot to love regarding their looks — their faces, especially!

Pitbulls are known for having those open-mouth smiles that go for miles; the grin seemingly takes over their whole face! It’s sweet, sometimes a little gummy, goofy, and endearing. It’s something Pitbull owners love about this breed. At rest, when they’re not smiling ear to ear, a Pitbull’s resting face reveals a short snout, but in general, this breed is not typically considered brachycephalic.

American Bulldogs seem to have the puppy dog pout down to a science. Their resting pup face comes from the way their lips hang — and while they don’t quite have jowls like a traditional bulldog, their lips still hang slightly looser than the average breed…but this is what gives them that perfect pout!

Let’s get this out of the way, both Pitbulls and American Bulldogs are shedding breeds, and they shed short hairs…all year round. Upside? Because they are short-haired breeds, you won’t see the prominent tufts of fur floating across your floor like you would if you had a husky or golden retriever.

Another upside? Both breeds grooming habits can generally be taken care of at home with regular brushing and trimming. If trimming nails is a particularly nerve-wracking experience for you, the groomer can certainly take care of that instead!

What about coat colors?

American Bulldogs have a range of coat colors and patterns, which according to the AKC, includes:

Pitbulls have a range of coat colors and patterns as well!

Stereotypes exist, don’t be afraid to prove them untrue

Most dog lovers and owners know that these two breeds — Pitbulls in particular — are subject to much scrutiny thanks to stereotypes about their behavior and history.

Yes, Pitbulls were used as fighting dogs. No, they didn’t choose that life for themselves. Yes, they can be incredibly sweet, loyal, gentle, and loving dogs if they’re given a chance to prove that stereotypes are not synonymous with the truth.

According to the UKC, Pitbulls are described as strong, confident dogs that have “always been noted for their love of children,” they also note that “this breed is eager to please and brimming over with enthusiasm.” As energetic, loving, and agile dogs, Pitbulls will do well with exercise to ensure they don’t get bored and act out — they are known for loving to chew things, so boredom could lead to the destruction of shoes!

According to the AKC, American Bulldogs are, “a well-balanced athletic dog that demonstrates great strength, endurance, agility, and a friendly attitude.” Can the breed show signs of aggression? Yes, any breed can. This is where the importance of consistent training and socialization comes in!

Here are personality overviews for each breed:

Something else to consider, lifestyle-wise, if you’re looking to bring either of these breeds into your life — they often find themselves on lists of banned breeds in places like apartment complexes, hotels, restaurants, etc. This doesn’t mean you shouldn’t get one! It simply means that a little extra research into where you can go may be required.

While neither breed is notably unhealthy, there are particular health issues that both breeds can be prone to. This means that those annual vet visits are necessary, as is keeping up with preventative medications and treatments.

These are some health issues to be aware of for Pitbulls:

These are some health issues to be aware of for American Bulldogs:

When talking about a dog’s health, the next question that often follows up is about longevity. It’s not something pet owners like to think about, but it is helpful information to know about the pup you are bringing home. A Pitbull’s life expectancy is 12 - 16 years, while an American Bulldog’s life expectancy is 10-15 years.

While they may look like doggy doppelgangers, there are some key differences between American Bulldogs and Pitbulls. Whichever you choose to welcome into your pack, you will surely get a bully buddy for life!

sniff out the good stuff

We're always whipping up new recipes for tastier treats.
To hear about our latest flavors and special discounts—sign up!