Labradoodle vs. Goldendoodle — Which Doodle Breed Is Right For You?

Doodles seem to be everywhere these days, they’re a hugely popular mixed breed. When it comes to finding the right mix for you, which doodle is really “best”? Today, we’re going to explore the key differences between Labradoodles and Goldendoodles. 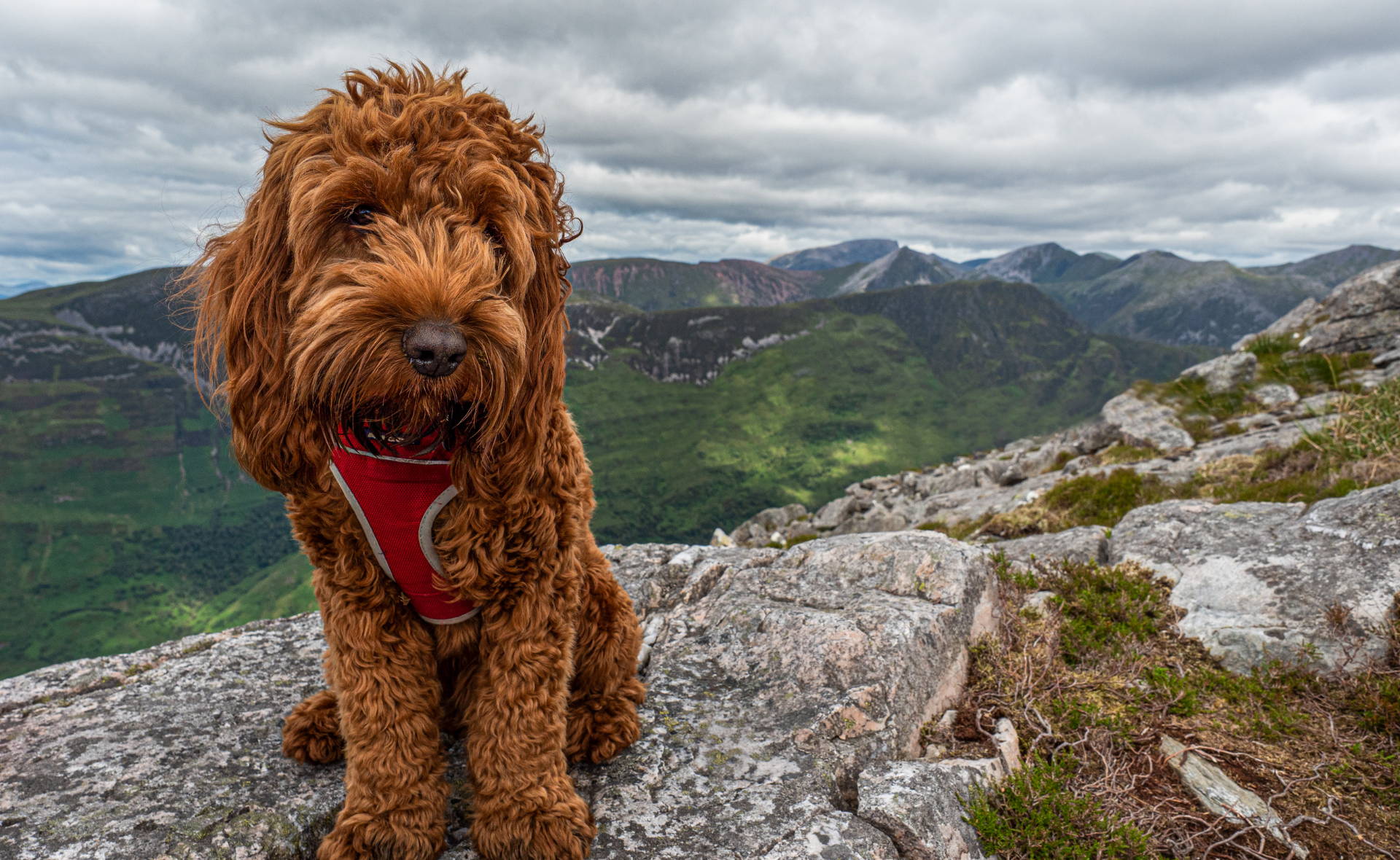 We’re (still) in the doodle era

A quick scan of your local dog park — or even just taking a walk through your neighborhood, will likely have you seeing at least one cute, a curly pup that’s very likely a doodle mix. When exactly did this become such a common occurrence?

It’s widely said that in the ’80s-’90s, “designer breeds” started to gain popularity and momentum.

According to Vice, “Wally Conron, the man who is widely credited with inventing the Labradoodle and kicking off the “designer dog craze.” They reported that “Conron made the first Labradoodle back in the late 1980s by cross-breeding a standard Labrador and Poodle.” Little did he know the fandom that would come from this mix — the “doodle” breed launched into stardom pretty quickly.

Was it because of their temperament? Size? Ability to cater to folks who usually struggle with dog allergies? Well, there are a lot of reasons, really, that this particular mixed breed gained — and sustained! — such popularity over the years. So, let’s dive into two fan favorites: the Labradoodle vs. the Goldendoodle.

What exactly is a Labradoodle? This mix is bred with a purebred Labrador parent and a purebred Standard Poodle parent.

What size is a Labradoodle?

According to the American Kennel Club (AKC), a female Labrador can be up to 23.5” tall and as small as 21.5” and generally weighs between 55-70 pounds. A male Labrador is bigger both in height and weight — even at its low end. The AKC estimates a height of 22.5-24.5” for male Labradors and a weight range of 65-80 pounds.

A Standard Poodle’s stats are fairly similar. According to the AKC, the height for both males and females is generally over 15”; weight varies between the genders, with females weighing between 40-50 pounds and males between 60-70 pounds.

A Labradoodle takes the stature of its parents and lands somewhere in the middle — the general height range is between 15-24”, while the weight can be anywhere from 45-100 pounds — quite a sizable range!

Now, all of these size ranges are for standard-sized Labradoodles. As the breed evolves, its hybrids have evolved as well. Dog owners can now seek out both miniature and giant Labradoodles.

What kind of temperament does a Labradoodle have?

Labradoodles are generally classified as friendly, playful, and curious. If they could win a high school superlative, they would definitely be “everybody’s buddy.”

In general, they are known to be a breed that is friendly towards people, other dogs, and children — though it’s important to note that every dog is different, and supervision should always be top of mind around new dogs/people/children.

This can be a bit of a vocal breed — they may bark when excited, startled, or bored…which can mean that barking happens fairly often. If you’re looking for peace and quiet, this breed is usually very eager to please and can be trained to control the behavior. (Might we recommend some tasty Shameless Pets treats for the training process!?)

What are the activity needs/energy levels of a Labradoodle?

If you live an active lifestyle, a Labradoodle will be happy to accompany you on just about any adventure, from daily walks to hikes and even swims!

This breed is known for having high energy levels and activity needs — from puppyhood into adulthood. Pups will naturally have higher energy levels, and Labradoodles will require prolonged periods of play time (having a fenced yard for your dog to run around would be very helpful if daily long walks aren’t an option).

Remember, a tired puppy is a good puppy, so to avoid destructive boredom, be sure to provide your Labradoodle with mental and physical stimulation!

How often does a Labradoodle need to be groomed?

Grooming needs will vary from Labradoodle to Labradoodle. Why? Because this breed can have a variety of coat types!

Some may have very curly coats that are most similar to their poodle side, while others may have a shaggier look. A visit to the groomer once every three months should suffice — brushing them in between groomer visits and giving them a bath when they’re dirty will help keep their coat looking fresh and clean!

Are there many different color variations of a Labradoodle?

There are quite a few different color variations of a Labradoodle! According to We Love Doodles, some of the coat colorings include:

Is the Labradoodle breed susceptible to any particular health concerns/issues?

Health issues that may be found in Labradoodles include:

What kind of diet does a Labradoodle need?

As always, it’s important to feed your dog healthy food with clean, natural ingredients. When feeding your Labradoodle, it’s helpful to keep their potential health ailments in mind. A grain-free, protein-rich diet is a great place to start.

What is a Labradoodle’s life expectancy?

The average lifespan for a Labradoodle is said to be between 12-15 years.

What exactly is a Goldendoodle? This mix is bred with a purebred Golden Retriever parent and a purebred Standard Poodle parent.

What size is a Goldendoodle?

Similar to a Labradoodle, the size of a Goldendoodle is dependent on the size of its parents! Let’s look at height and weight stats for both Golden Retrievers and Standard Poodles.

We already went over the Standard Poodle size stats, but here’s a refresher: the height for both males and females is generally over 15”, and weight varies between the genders, with females weighing between 40-50 pounds and males between 60-70 pounds.

What kind of temperament does a Goldendoodle have?

Take all of the great traits of a Golden Retriever and a Standard Poodle, and you’ll have the lovable, smart, friendly, playful (and sometimes goofy) Goldendoodle.

This breed is known for its easygoing, loving nature and is usually characterized as being friendly towards people, including children. It is generally believed that Goldendoodles are good with other dogs as well, though it is important to supervise any encounters to ensure safety. Said to “love to please,” many have noted that Goldendoodles are quick learners and a great option for first-time dog owners because of their ability to be trained.

What are the activity needs/energy levels of a Goldendoodle?

The Goldendoodle is an active breed that needs daily exercise. True to any breed, a bored puppy can become a destructive or mischievous puppy very quickly! Offering a toy or treat (like a bone or chew treat like Shameless Pet’s Dental Sticks) can provide a stimulating but quiet activity for your pup! A daily walk or some playtime with toys can provide the mental and physical stimulation your Goldendoodle needs. Because this is a breed that loves affection, providing that uninterrupted attention is important!

How often does a Goldendoodle need to be groomed?

Similar to Labradoodles, a Goldendoodle’s coat varies — it can be flat, wavy, or curly because of their Poodle genetics. Grooming every 2-3 months can be helpful to keep your pup’s coat unmatted and clean. Regular brushing at home can help with this, too!

Because the breed may be more susceptible to ear infections, getting their ears checked by the vet and cleaned by your groomer should be a priority as well!

Are there many different color variations of a Goldendoodle?

Goldendoodles aren’t just golden! This breed has many coat color variations, too! We Love Doodles breaks them down:

Is the Goldendoodle breed susceptible to any particular health concerns/issues?

A Goldendoodle can be susceptible to any of the health concerns and issues that each individual breed faces — and then some. Here are some common health concerns to be aware of:

What kind of diet does a Goldendoodle need?

Because bloat is a serious condition, and a concern to be taken very seriously, it’s important to cater to your Goldendoodle’s diet to keep bloat at bay. Soaking dry dog food, or offering wet dog food instead, can help ease digestion. Shameless Pets also offers a number of treats that help support digestion for pets that can be a great option for your Goldendoodle’s diet — try Pumpkin Nut Partay Soft Baked Biscuits, A Cluck A Day Dental Sticks, or Duck-Tato Jerky Bites.

What is a Goldendoodle’s life expectancy?

The average lifespan for a Goldendoodle is said to be between 10-15 years.

While these two breeds share a number of similarities, including the same parent that makes them a “doodle,” there are a number of differences between them — from size ranges (a Labradoodle tends to be larger) to health issues (watch out for bloat in Goldendoodles!), and even slight temperament differences. Whichever you choose to be right for you, adding one of these beloved breeds to your family will bring big energy and big love!

sniff out the good stuff

We're always whipping up new recipes for tastier treats.
To hear about our latest flavors and special discounts—sign up!